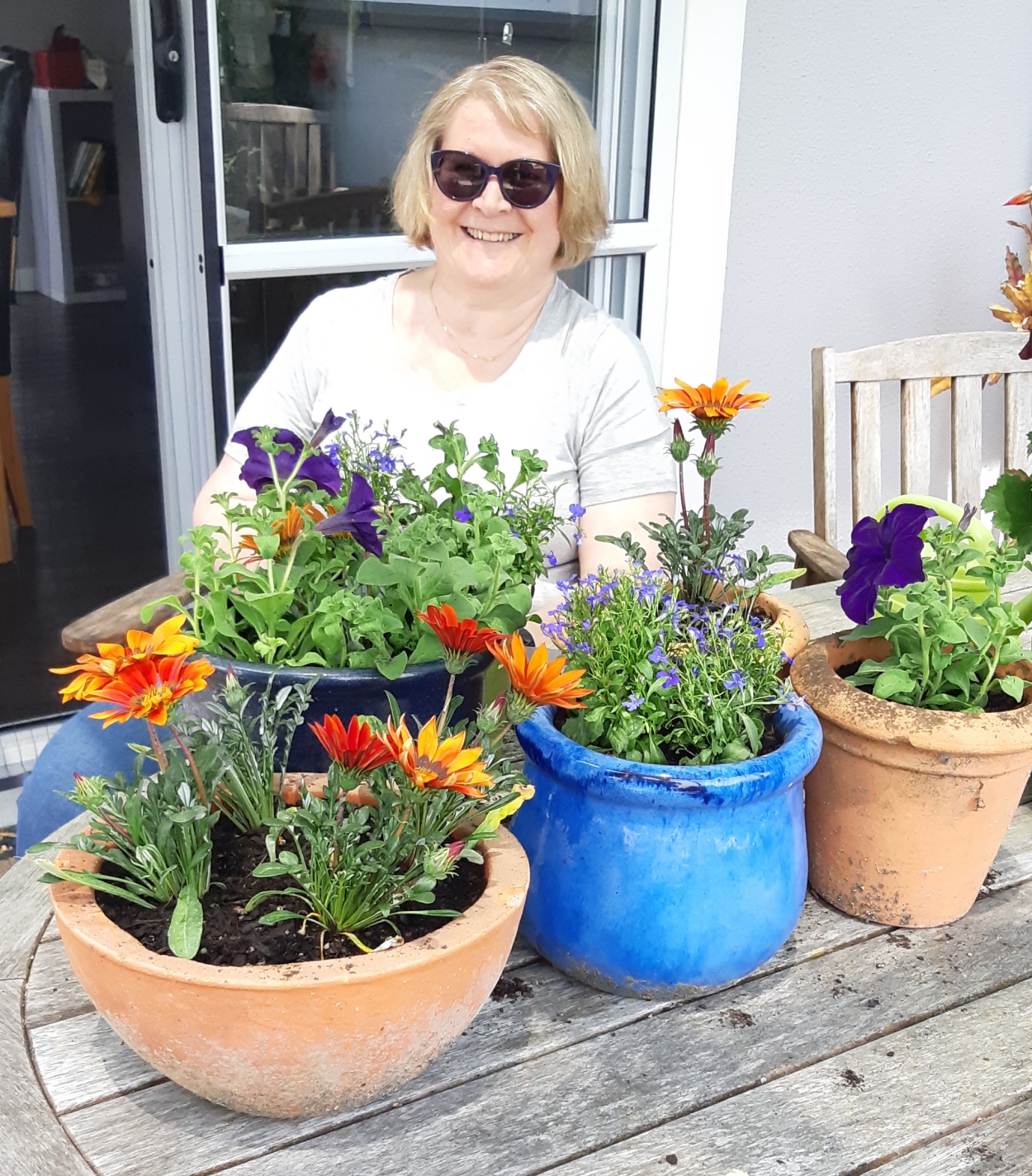 Her short –term memory appears to be improving. While not always remembering things from earlier in the day, the gaps between what her brain thinks is short, mid and long term memory seems to be narrowing.

She now remembers (mostly) which number on the TV remote relates to which channel.  She’ll remember if she has already seen a programme if it gets repeated, and she is getting better at recalling questions which have crossed her mind during the day that she has to ask me when I get home from work.

As a result of her brain bleed, one of her major deficits has been her motivation or planning capabilities; her Executive Function skills. As a result, the previous 2 Christmases have simply passed her by. She has enjoyed the season as a small child might, without any concept of how the food or the presents may have arrived.

But this year she has been determined to get me a present.

She hasn’t shopped since her stroke, largely due to the absence of an ability to plan, foresee and execute tasks which require a specific sequence.

The first stage has been to remember the PIN number to her card. She recites it regularly and each night before she falls asleep.

With this in mind (literally) she has conspired to be taken out shopping in the next few days without me (but with assistance), to the local mall. This is a huge step in her recovery, and in her self-confidence.

With the garden having been my sole responsibility (where it used to be both of us), I’ve found myself fighting a losing battle against the onslaught of weeds and bugs over the last 2 summers.

Amanda has watched on, apparently oblivious and merely happy to see the flowers and eat whatever the garden produces.

But this weekend she decided;

So we went to the garden centre and bought some plants to put in pots. This morning she sat on the deck and carefully added the compost, before arranging the plants, in each of six pots.

A year ago she would have breathed a long sigh and stopped, too mentally and physically exhausted to continue, after pot No.2. Or possibly No. 3.

This morning she continued enthusiastically until every pot was completed. But more importantly, with no sign of either physical or mental tiredness (although as I write she has now been ‘napping’ for more than 2  hours!)

Earlier in the month we had a week away, our first since her stroke. We went to Christchurch which is familiar and flat for walking and has enough to see and do in close proximity.

We flew Air New Zealand and as always I noted on our booking that she required assistance. I’ve read many fellow stroke survivors on Facebook  ask for advice on flying so I thought it would be useful to recount our experience.

I don’t know for a fact, but I hope the booking note was read as for both flights we were seated close to the door.

Air New Zealand has also amended their procedure at check in.

When I tried to do so automatically, their system requested I ask for help. At this point a staff member intervened and completed the check in, labelled our luggage as priority, and then got a wheelchair.

Amanda doesn’t use a wheelchair ordinarily, but it speeds up the travel time from the terminal across the tarmac to the aircraft, where she can slowly walk up the ramp, onto the plane and to her seat.

Asking for (and getting) assistance means you’re first on and last off, thereby not holding up the faster passengers.

I booked accommodation which was clearly noted as ‘wheelchair accessible’ – again this is primarily to ensure the toilet is easy to get on and off of, and the shower is not a tiny cubicle.

It’s interesting to see what is deemed as ‘accessible’.

We had to change rooms at our first hotel as there were two steep steps down to the front door, with a handrail on only one side (Amanda cannot hold on with her right hand).

Once we were changed to an identical, but flat-access unit, while the door was technically wide enough for a wheelchair, nothing else about the place was designed in any way to cope with a physical impairment.

A large walk-in shower was primarily designed for couples, not a person on wheels! The floor was slippery and the shower head some distance from the shower walls which is a problem for someone with balance issues, especially when they close their eyes. I’ve learnt to take the removable OXO handrails from our own shower, together with a non-slip shower mat.

As we’ve travelled we’ve also become experts on the design and location of the disabled toilet.

The first problem can occasionally be the fact they’re located either within the male or female area. Usually however, they are entirely separate.

Amanda essentially needs assistance to sit and stand, which leads to the second issue. She specifically needs a handrail on the left to be fully independent when using the bathroom. So unless I go in with her I have no way of knowing the layout of any particular facility.

Once in there, she often has to contend with the actual height of the toilet which can be the same one as installed everywhere else. The position of the paper dispenser can also be a tissue issue…!.

One of the worst we encountered while in Christchurch was at the Casino (where we went for the all- you-can- eat buffet, not the gambling!). While it was separate and unisex (tick) the cubicle was dimly lit, to match the ambiance of the other restrooms, and the paper dispenser was on the wall behind the occupant! To their credit however, the staff offered us a table near the buffet to avoid a long walk, around other diners, to get to the food.

I wonder how many designers actually consult and consider who will actually use them, when they design toilets for multi disability use?